First Tunes with the Baffetti 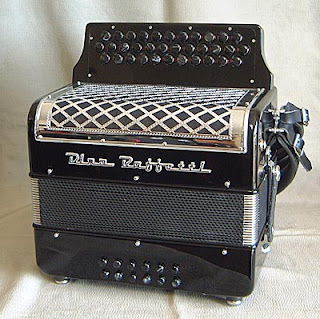 The Dino Baffetti Tex-Mex II/34 arrived on Thursday! Very exciting! I had intended to do an internal examination of the box, a la Owen Woods or Daddy Long Les, but I found I couldn't bear to take a screw driver to it, not even to remove the grill. I'm made of less stern stuff than that, it seems.

Instead, I've been playing the heck out of it. Here are some first thoughts:


Here are three videos with the Baffetti. The first is a hanter dro written by Sylvain Piron.


The second is another hanter dro, traditional, that I learned from Steve Gruverman.


The third is a Breton March, traditional, that I learned from the playing of Daniel Thonon.